This page is part of
www.centralohiogravesearch.com


The oldest portion of Union Cemetery lies on the east side of Olentangy River Road, a way north of Dodridge Street, surrounding the old stone office building on what is now marked Road 1. It was founded when five men (namely Jacob Slyh, Daniel Lakin, George Whip, Ransom Coe, and John Bickel) bought the first piece of property from Solomon, Eliza, and George W. Beers. The date was January 28, 1847. The one and one-third acre property was bounded on the west by the State Road from Franklinton to Delaware (Olentangy River Road) and on the north by the township road leading west from Piatt's Mills (now represented by cemetery Road 1). It measured 173 feet north to south and averaged 331 feet in depth, east from the state road.

The next tract was purchased during the Civil War, on December 27, 1862, from Charles W. Hess. Trustees at that time were John Kinney, George Whip, and Daniel Lakin. This was an L-shaped strip, measuring about 45 feet wide on the north and 43 feet on the east side of the first tract. This pushed the cemetery boundaries out just far enough to include the old Hess family graveyard, in the angle of the L. The first interment there had been that of Bolser Hess, who died in 1806. In the deed, Charles Hess reserved this old graveyard lot for the continued use of his family. [. . .] This lot contains the oldest tombstones in the cemetery. 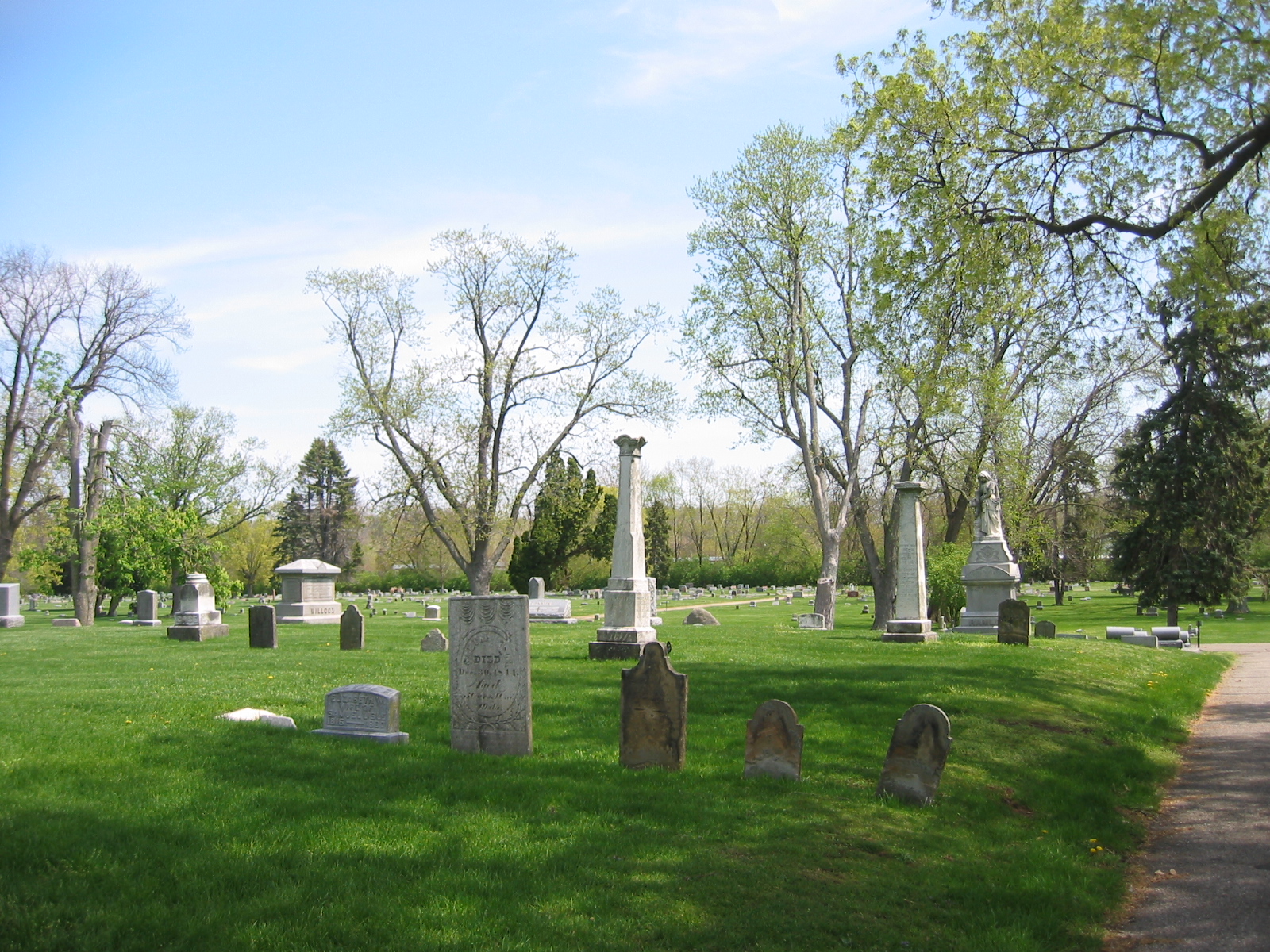 In 1879 two tracts were purchased that surrounded the cemetery with expansion space. On February 10 a three acre tract on the south and east was purchased by the Union Cemetery Association of Clinton Township from James H. and Eliza J. Hess. The deed for this tract does not name the trustees, but the members of the association as of 1878 are known from its articles of incoporation, filed with the County Recorder in April of 1879. They were J. O. Lisle, W. Galbraith, Alvin Coe, J. E. Slyh, William Shattuck, C. F. Stickel, J. M. Hess, Jacob Slyh, James Kenney, Samuel Galbraith, C. W. Hess, T. M. Hess, and G. W. Ingham.

The second tract purchased in 1879, on April 15, was an acre on the north sold by Thomas M. and Amanda Hess. Cemetery trustees were William Shattuck, Alvin Coe, J. E. Slyh, William Galbraith, M. Daud, and Jerry O. Lisle. (Olentangy River Road at that time was the Olentangy and Scioto River Turnpike.)

The last land purchased prior to 1912, now called the "New Addition," was 1.767 acres on the north, purchased on June 7, 1893 from Peter and Nora Rambow [Ramlow] of Columbus. This is the land lying on both sides of cemetery Road 3. (By this time, the River Road had become the Columbus & Delaware free pike.)

Additional land has been purchased in subsequent years, expanding the cemetery on all three sides and to the northwest across Olentangy River Road, where the office is now located.